Poet. Born in Osaka. A graduate of the Sakai Girls' School. After joining the Kansai Seinen Bungakukai (the young literary world) in 1899, she participated in Tokyo Shinshisha, established by Tekkan Yosano in 1900. She published tanka poems in a monthly publication titled "Myojo" (Bright Star). She had a romantic relationship with Tekkan and came to Tokyo. She published "Midaregami" (Tangled Hair) in August 1901, which created a great sensation. In the same year, she married Tekkan. Akiko went on to publish many collections of poems as a representative of Japanese Romanticism. Among them, "Kimi shinitamo koto nakare" (You shall not die), published during the Russo-Japanese War, is famous. She was active in fields outside of Tanka as well. She translated "Genji Monogatari" (the Tale of Genji) into modern Japanese, helped found the Bunka Gakuin in 1921, and made constructive statements on problems of women and education. 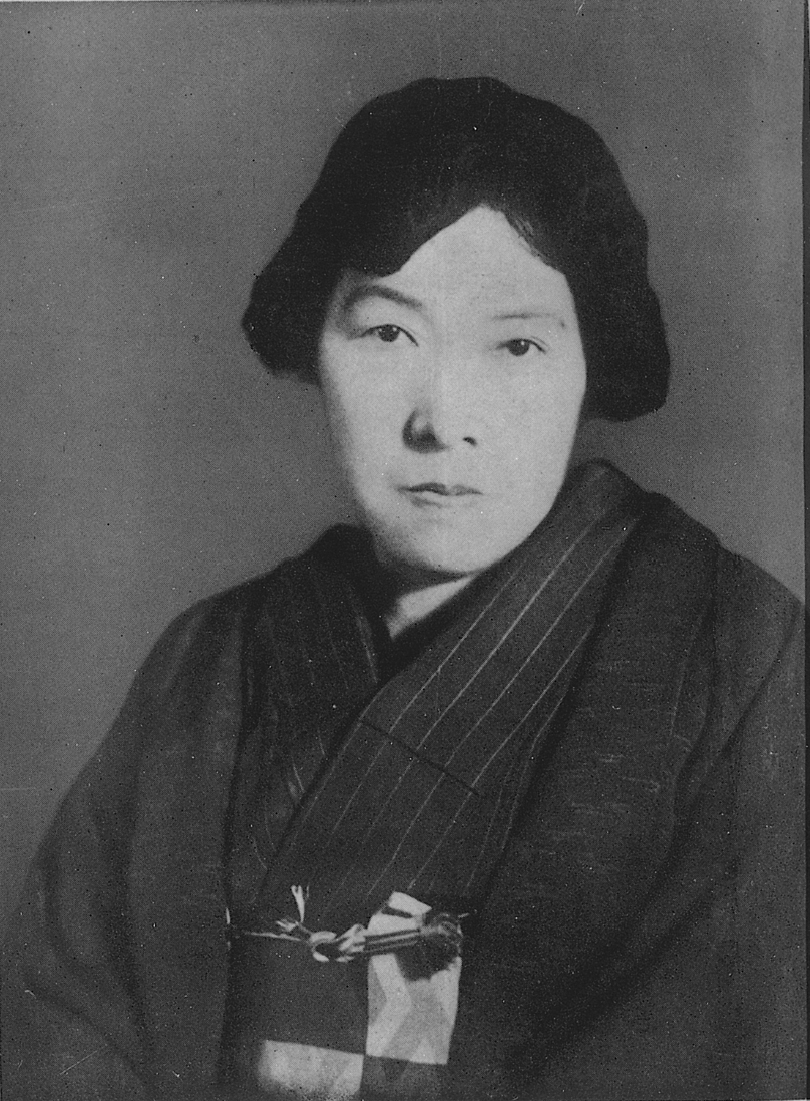