Naval officer. Born in Niigata. He graduated from the Naval Academy in 1904. After graduating from the Naval War College, he held posts such as military attaché to the consulate in the U.S.A. and Commander of the aircraft carrier Akagi. He participated as an attendant in the First London Naval Conference held in 1929. As First Air Squadron Commanding Officer and Chief of the Navy Aeronautical Department, Yamamoto worked to strengthen the Naval Air Division. Yamamoto became Vice Minister of Navy in 1936 and opposed the proposed Tripartite Pact with Germany and Italy, supporting Minister of Navy Mitsumasa Yonai. He became Commander-in-chief of the Combined Fleet in 1939 and was promoted to Admiral the following year. In the Pacific War, Yamamoto directed overall strategies, including the Pearl Harbor attack. During inspection of the southern front in April 1943, he was ambushed and killed by U.S. military planes. He was posthumously elevated in rank to Fleet Admiral. 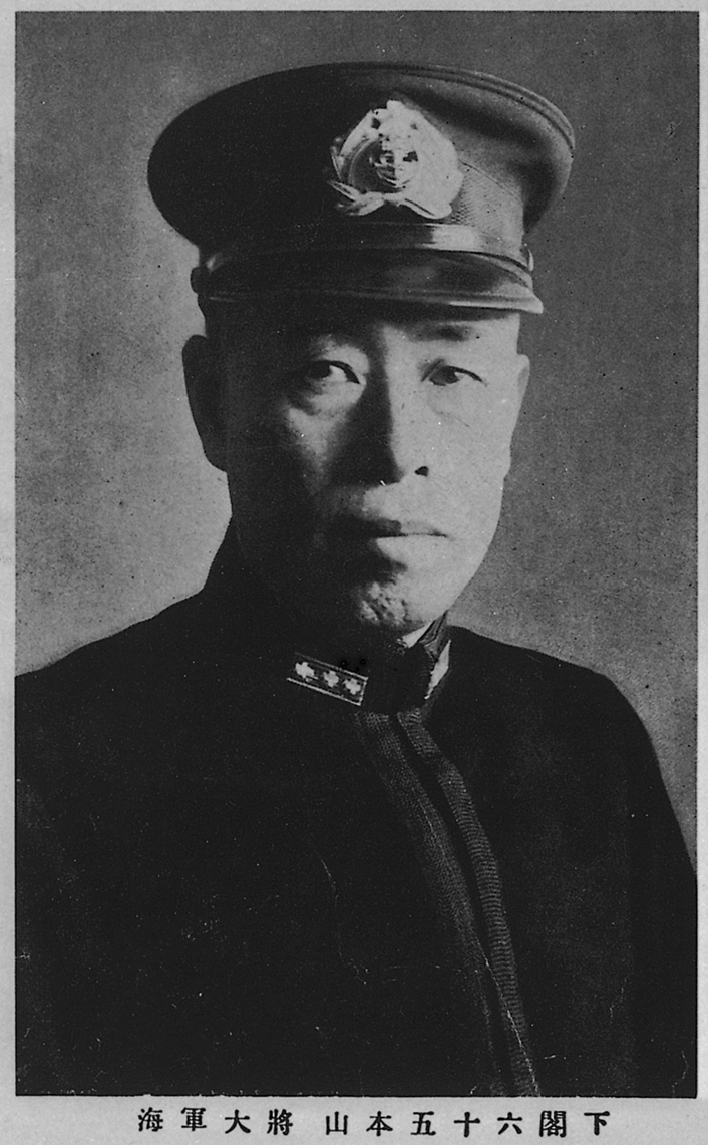