Poet and novelist. Born in Tokyo. In 1886, she entered the Haginoya poetry academy of Utako Nakajima. Her father's death in 1889 forced her to earn the family's living. In 1891, she became a pupil of Tosui Nakarai and began writing stories. "Umoregi" (Undiscovered Wood), published in 1892, became a breakthrough hit and won her contacts with people in the "Bungakkai" (the literary world). To earn a living, she also ran a shop dealing in household goods and cheap sweets at Ryusenji-machi in Shitaya-ku. Higuchi left not only novels such as "Otsugomori" (The Last Day of the Year) (1894), "Nigorie" (Muddy Bay) (1895), and "Takekurabe" (Growing Up) (1895), but also her diaries. She died in poverty of lung tuberculosis. 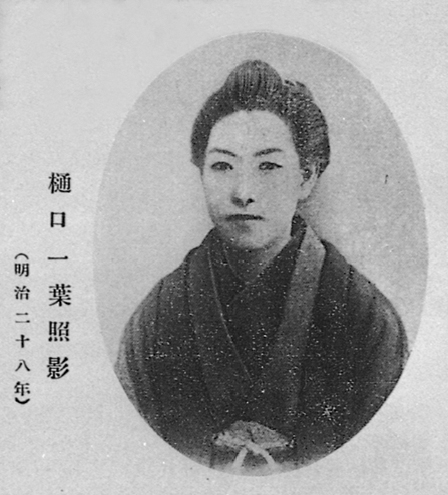