Educator. Born in Edo as the son of a policeman of the shogunate. After studying at the Shoheizaka Gakumonjo (official school of the Shogunate), he became a professor of the school in 1855, and then became a Confucian scholar of the shogunate in 1862. In 1866, he was sent to England as a supervisor of Japanese students dispatched to England by the shogunate. Returning to Japan after the Meiji Restoration, he moved to Shizuoka, where he translated and published the best-selling "Saigoku risshi hen" (Self Help) and "Jiyu no kotowari" (On Liberty). Coming to Tokyo in 1872, he served at Ministry of Finance. In 1873, he opened a private school called Dojinsha. In 1874, he joined the Meirokusha (intellectual society). He became interested in Christianity and was baptized. He also made efforts to promote girls' education and education for the blind and the speech-impaired. He became a professor of the University of Tokyo in 1881, and a member of the Chamber of Elders in 1886. Lit. d.. 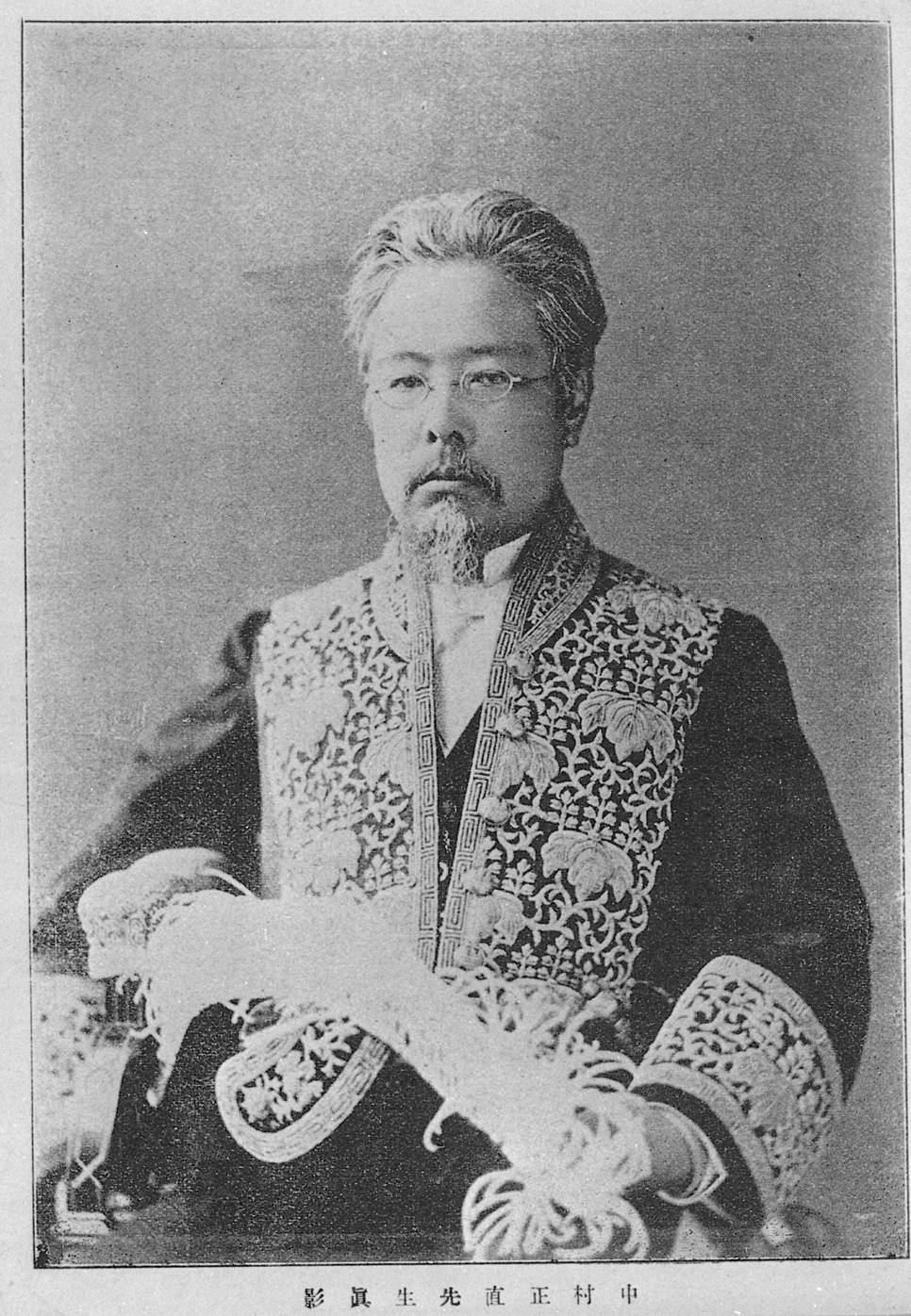