Literary man. Born in Gifu. After graduating from the University of Tokyo, he became instructor and later professor of the Tokyo Senmon Gakko (later the Waseda University). Tsubouchi entered into the limelight in Japan's literary world with publication of "Shosetsu shinzui" (The Essence of the Novel) (1885-1886). He presented a theory of Japanese modern literature and provided practical case studies in a novel titled "Tosei shosei katagi" (The Character of Today's Students) (1885-1886). The "Non-idealness Controversy" with Ogai Mori is well known. Tsubouchi also devoted himself to fostering actors and encouraged the Japanese Theater Modernization movements (Shingeki) with his pupil Hogetsu Shimamura and others. Another of his achievements is as an educator of ethics. In 1928, he completed his translation of the complete works of Shakespeare. 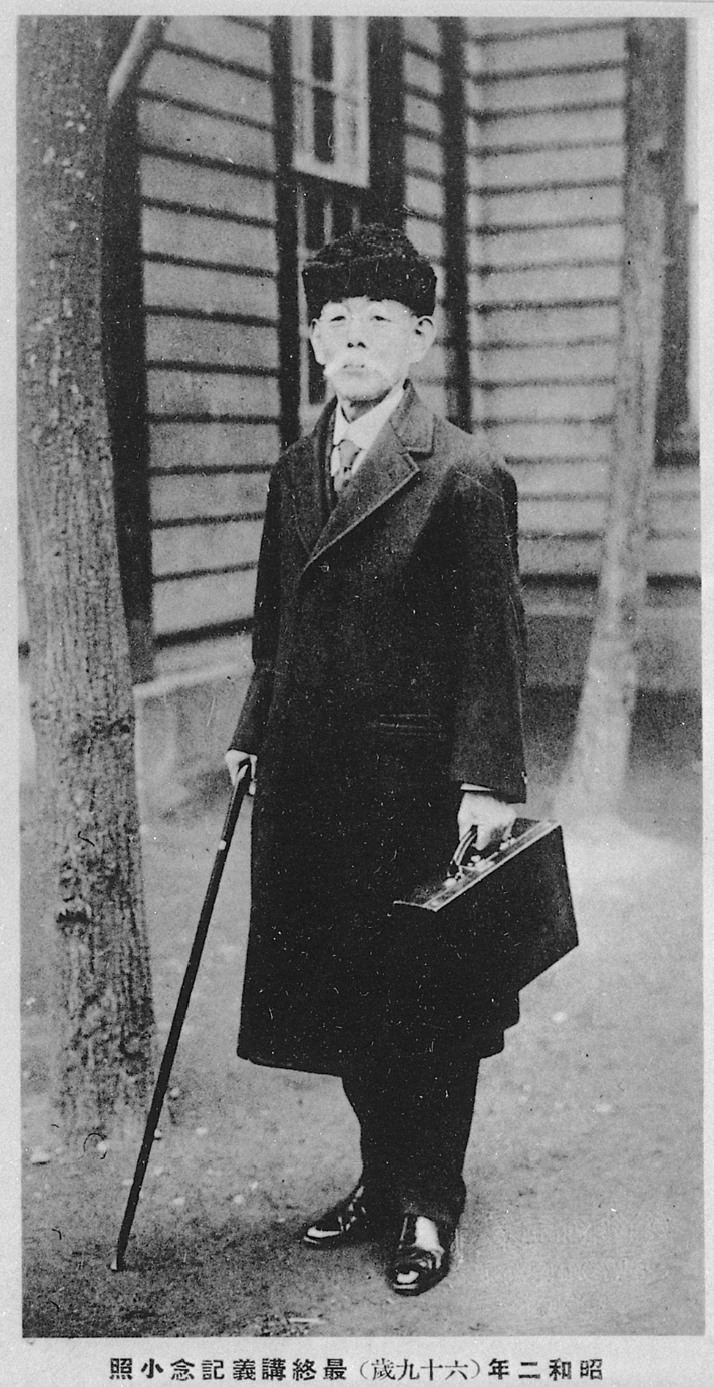