Literary critic and Doctor of Literature. Born in Yamagata. A graduate of the Philosophy Department in the College of Literature of the Imperial University. Even as a student, he won a prize for his novel "Takiguchi Nyudo" at the Yomiuri Shimbun Prize-winning Novel Contest in 1894. He worked as a member of editorial office of a magazine "Teikoku Bungaku" (Imperial Literature). After graduation, he entered the Hakubunkan became the Chief Editor of the "Taiyo" magazine, where he wrote various critical essays that covered literature, philosophy, and aesthetics. He insisted on Nihon shugi(Japanese nationalism) at first, but later he was influenced by the philosophy of Nietzsche and averted his thoughts to individualism. In "Biteki Seikatsu o Ronzu" (On An Aesthetic Lifestyle) (1901), he advocated the Instinct Satisfaction theory. In his later life he committed to Nichiren. He abandoned the idea of studying in Europe due to his worsening lung tuberculosis, and instead became an instructor at the Imperial University of Tokyo in 1901. He passed away the following year. 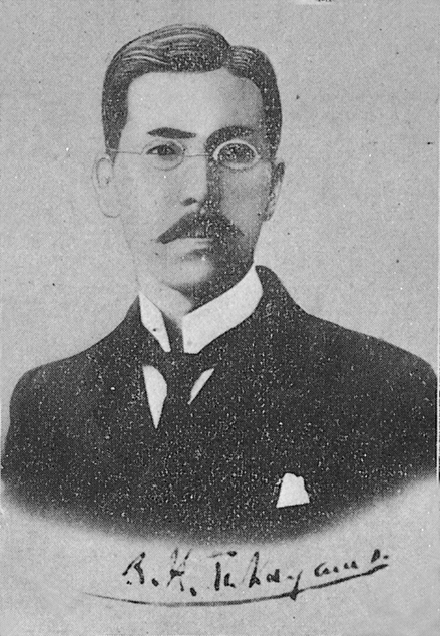