Swordsman (Kenkaku). Born in Tokyo, the son of a vassal of the Shogun. When he was 13 years old, he came under the tutelage of Seiichiro Odani (Nobutomo) to learn Jikishinkage-ryu kenjutsu (swordplay) and master its secrets. When the Kobusho (martial arts school) was opened by the Edo Shogunate in 1856, Sakakibara became an assistant instructor at the school recommended by Odani. When the school was abolished in 1866, he served as the head of Yugekitai. He later opened a dojo training school in Shitaya Kurumasaka to instruct swordsmanship. After the Meiji Restoration in 1873, he organized the Gekikenkai to perform Gekiken (swords attack) shows with the permission of the government. The popularity of Kenjutsu had been gradually declining, but it was successfully revived thanks to the shows. 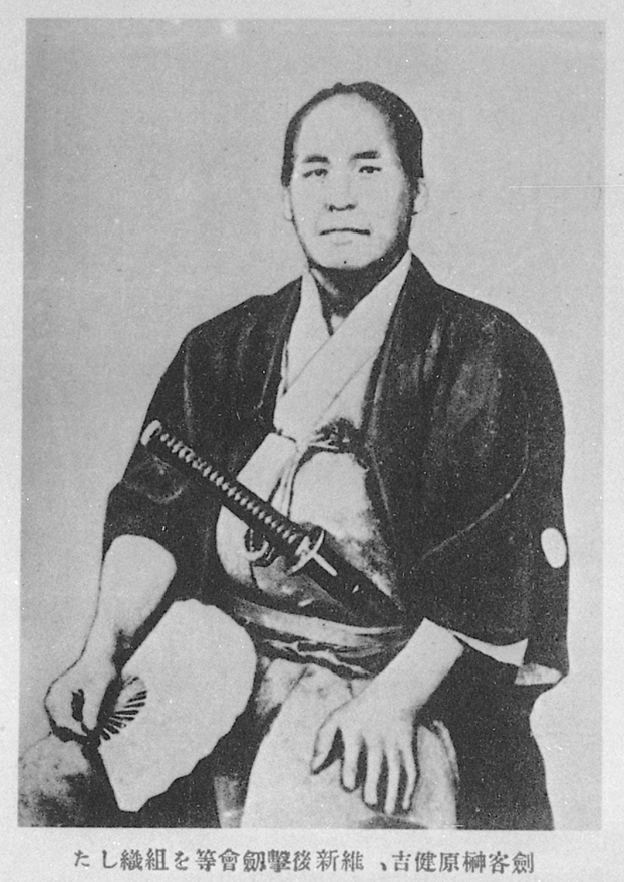