Western-style painter. Born in Kagoshima, the son of a samurai of the Kagoshima Clan. He became adopted heir to his uncle, Kiyotsuna Kuroda, and moved to Tokyo. In 1884, he went to France to study under Raphael Collin. In 1896, after returning to Japan, he established Hakubakai (the White Horse Society). The bright style painting of Plein-airism had a great influence on Japanese painting circles. Kuroda became a professor at the Tokyo School of Fine Arts in 1898, and founded Bunten (Monbusho Bijutsu Tenrankai: Ministry of Education Fine Arts Exhibition) in 1907. In 1910, he became the first teishitsu gigeiin (Imperial artist) among Western-style painters. In 1919, he became a member of Teikoku Bijutsu-in and became president in 1922. Not only did he promote enlightenment and education in Western-style painting; he also worked to establishing it as an academic discipline. In 1920, he was appointed as member of the House of Peers. His representative works include "Dokusho" (Woman Reading), "Maiko" (A Maiko Girl), and "Kohan" (Lakeside). 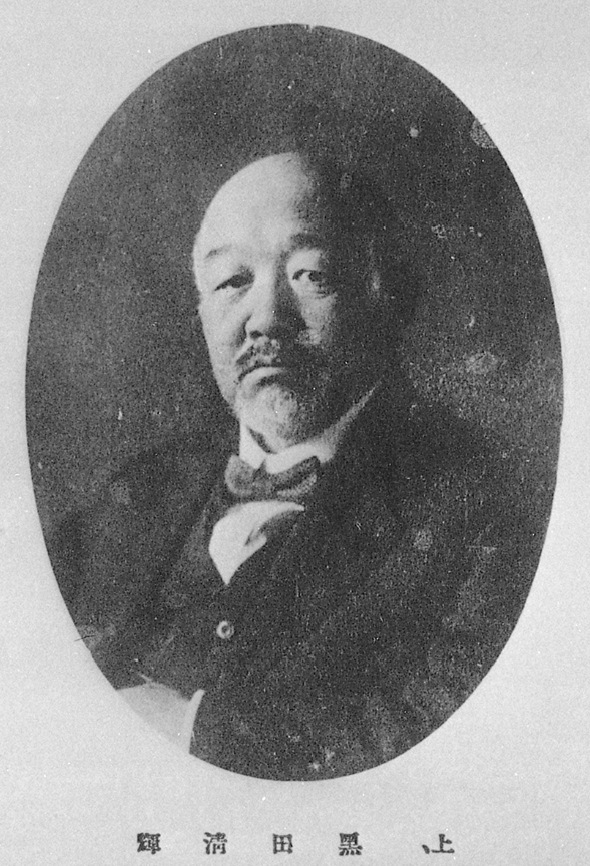