Newspaper journalist, translator, and novelist. Born in Kochi, the son of a goshi (lower-ranked samurai) of the Tosa Clan. He left the Keio Gijuku before graduation. He successively assumed the editorships of several newspapers, including "Eiri Jiyu Shimbun" and "Miyako Shimbun", and founded the newspaper "Yorozu choho" in 1892. The Yorozu gained popularity for its social exposures, entertainment articles, and Kuroiwa's serialized novel. It developed a reputation as a pioneering popular newspaper, and circulation grew rapidly. Kuroiwa became an advocate of the Russo-Japanese War, causing staff such as Kanzo Uchimura and Shusui Kotoku to resign from the company. During the Taisho Period, Kuroiwa also showed strong interest in politics, joining the movement to Protect Constitutional Government and criticizing the Siemens Incident. His notable writings include adaptation novels such as "Tekkamen" (Iron mask), "Gankutsuo", and "Aa mujo". 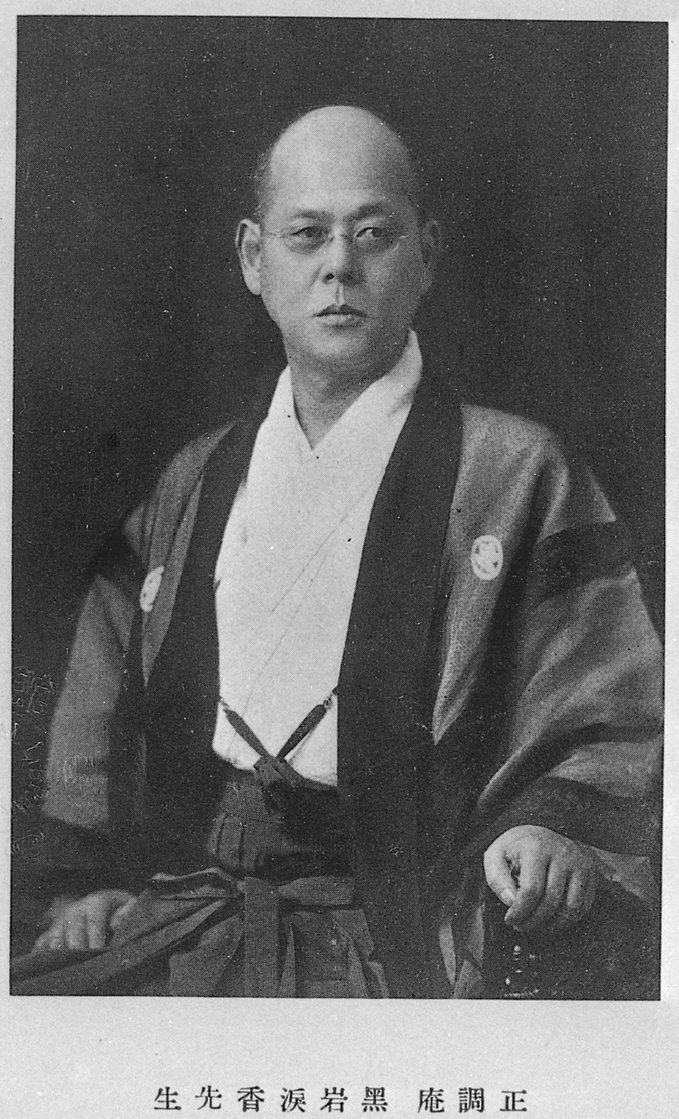