Novelist. Born in Tokyo. After studying at Gakushuin, he entered the Sapporo Agricultural College and converted to Christianity. In 1903, Arishima went to study in the U.S., where his faith in Christianity weakened as hebecame attracted to socialism and leaned towards Kropotkin's anarchism. After studying in the U.S.A. for 3 years, he traveled around Europe before returning to Japan. In 1910, he joined "Shirakaba" (White Birch) and started to write. His works include "Umareizuru Nayami" (The Agony of Coming into Existence) (1918), "Aru Onna" (A Certain Woman) (1919), and "Oshiminaku Ai wa Ubau" (Love Robs without Hesitation) (1920). Due to intensified anguish over his family's bourgeois status under the social circumstances following World War I, not only did Arishima publish "Sengen hitotsu" (A declaration) (1922), but he also offered his large farm to tenants free of charge. In the next year, he committed suicide with Akiko Hatano. 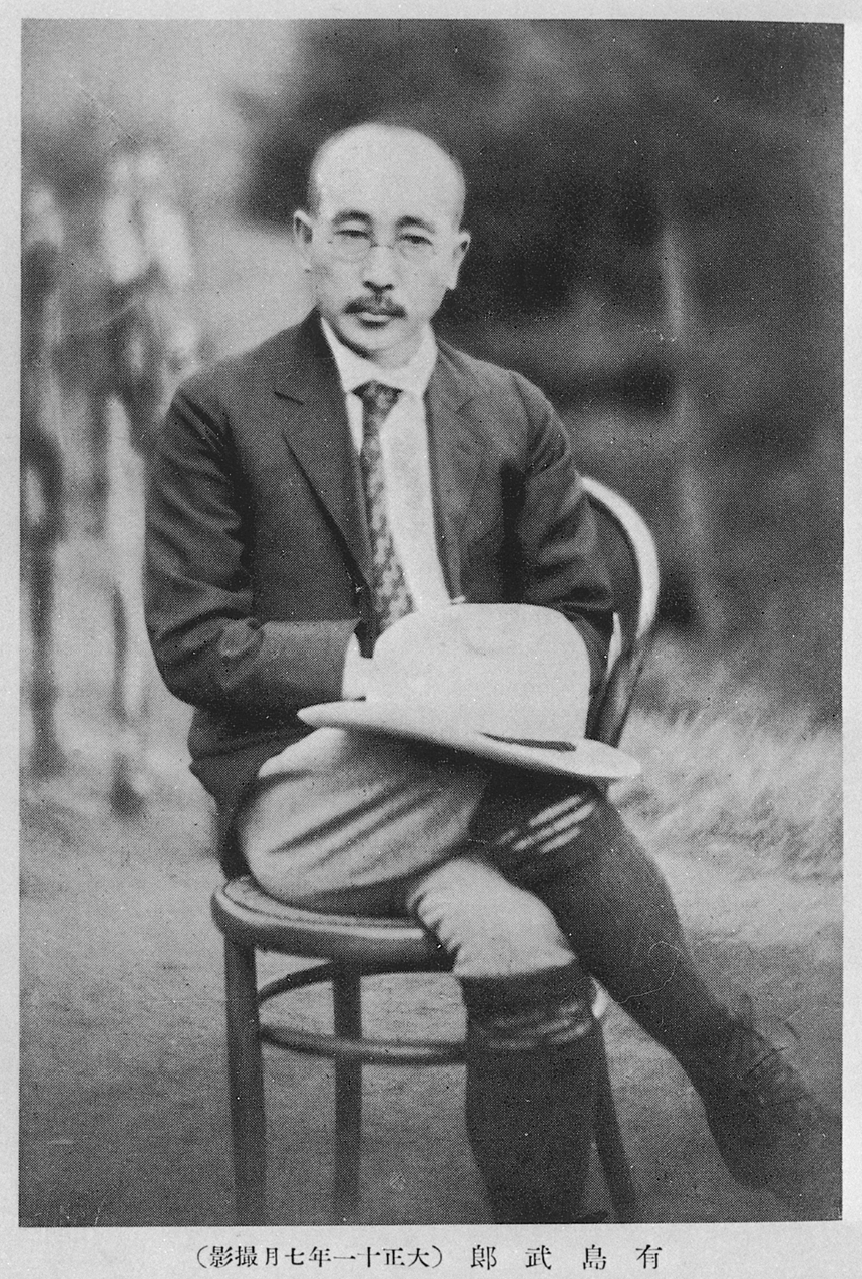