Naval officer, statesman. Born in Kagoshima as the son of a samurai of the Kagoshima Clan. He served in the Boshin War. In 1874, he graduated from the Naval Academy. He successively served as captain of the warships Amagi, Takao, and Takachiho, and held important naval posts such as chief officer of the Ministry of Navy and Vice officer of Minister of Navy in the Imperial Headquarters. In 1892, he planned to create a staff office of navy independent from the General Staff Office, which was achieved the following year. In 1895, he became chief of the Bureau of Naval Affairs, from when he served as Minister of Navy for the second Yamagata cabinet, fourth Ito cabinet and first Katsura cabinet, and became navy admiral in 1904. In 1913, he became Prime Minister but resigned as a result of the Siemens scandal. In 1923, he became Prime Minister again, but resigned, this time because of the Toranomon Incident. 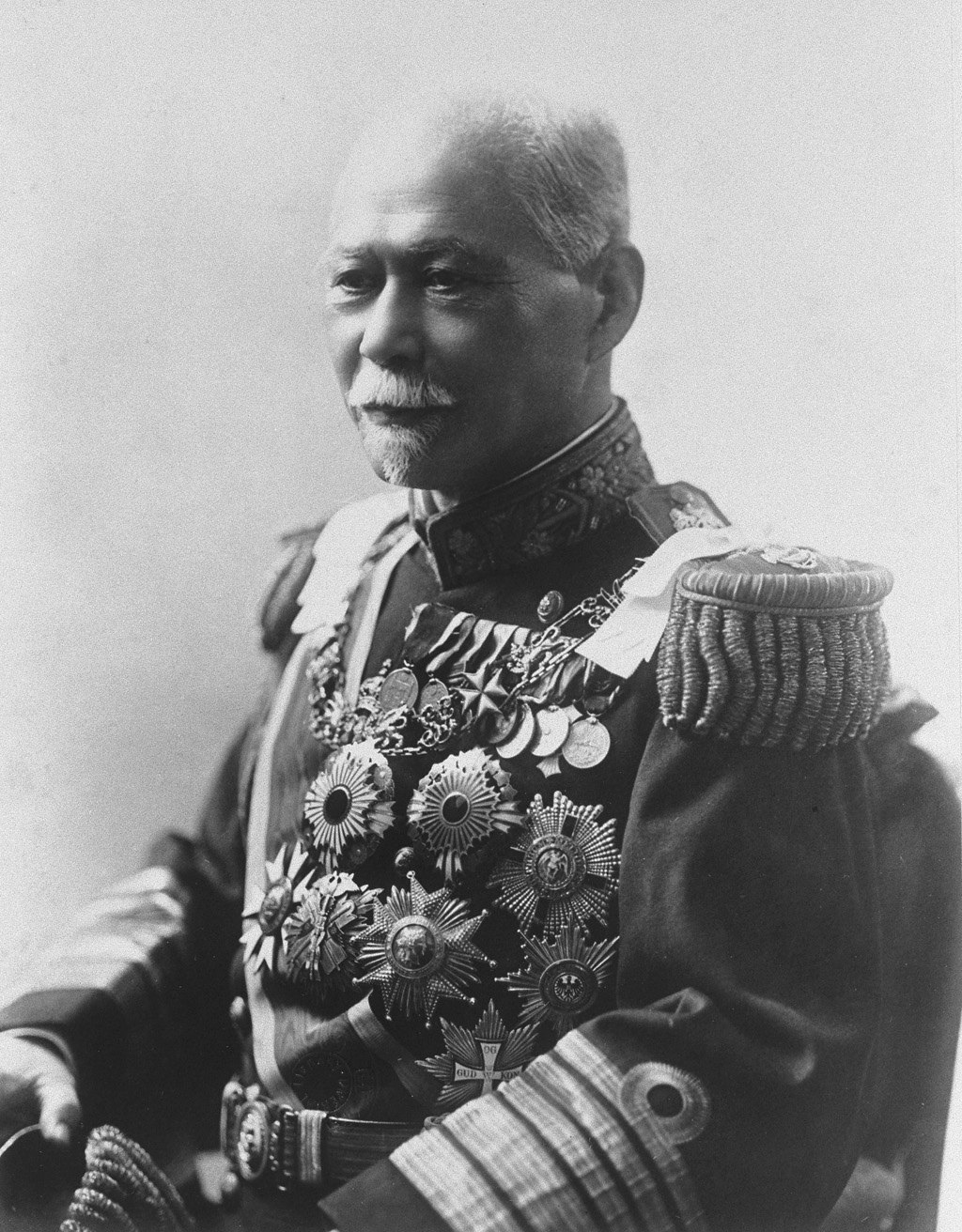