Statesman. Born in Tokyo, the son of a vassal of the Shogun. He studied at the Shoheizaka Gakumonjo (official school of the Shogunate), Numazu War Academy, Daigaku Nanko (later the University of Tokyo), and the English studies school attached to the Ministry of Finance. At the age of 23, he was adopted by Toyohiro Shimada, representative of members of the Yokohama Mainichi Shimbun and entered the Tokyo Yokohama Mainichi Shimbun newspaper company in 1881. In 1890, he was elected a member of the House of Representatives in the first general election, and was reelected for 14 consecutive terms. In 1894, he became vice-chairman of the House of Representatives and its chairman in 1915. He was known as a person of eloquence, and renowned as a journalist who, as the president of the Mainichi Shimbun Company, took up the movement to abolish prostitution and publicized the Ashio Copper Mine Incident. 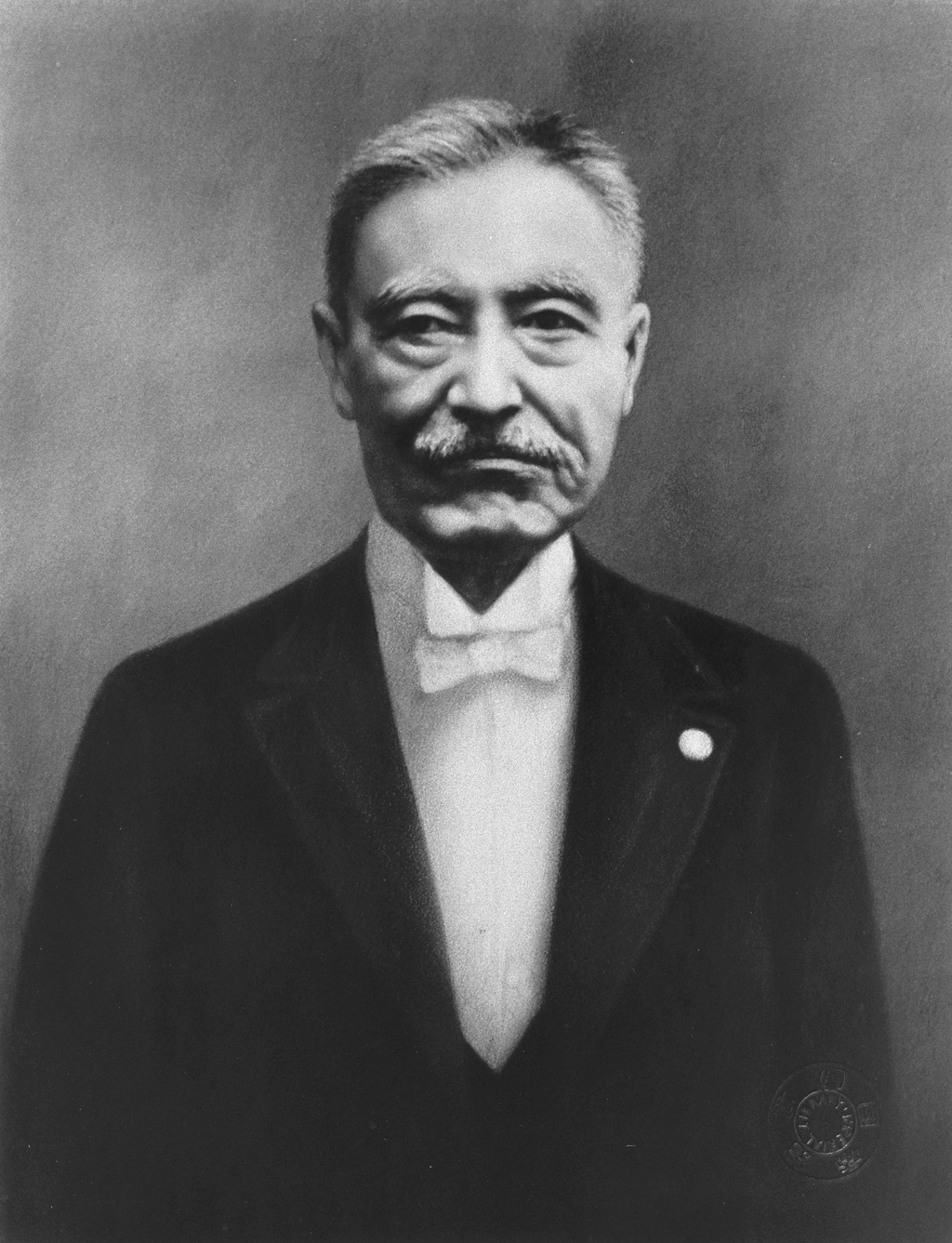